The years when Wales became a political nation: how 1979 turned into 1997

Here you can listen to a recording of Plaid History chairman Dafydd Williams in conversation with John Osmond about his newly  published documentary novel Ten Million Stars Are Burning in Plaid Cymru’s Spring Conference in the Pavilion, Llangollen on Friday 23 March 2018.

The book is the first of a trilogy by the well-known writer and commentator John Osmond.  It traces the big changes in Wales between the two devolution referendums of 1979 and 1997 through the eyes of two fictional characters – and a host of real-life players! 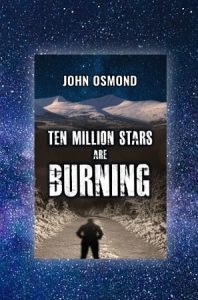 While the two principal characters are fictional, the novel presents a detailed factual account of the decade leading up to the first devolution referendum of 1979 by an author who played an active central role in the key events.  It is essential reading for all who want to understand the background of Plaid Cymru’s campaign for self-government for Wales.