Plaid Cymru are to mark the fiftieth anniversary of the launch of the party’s Maenclochog branch with a special evening of celebration on Thursday, 27 April (at 7:30pm in Maenclochog community hall).

The branch was established in the wake of the famous Carmarthen by-election in July 1966 when Gwynfor Evans captured Plaid’s first-ever seat in Westminster. 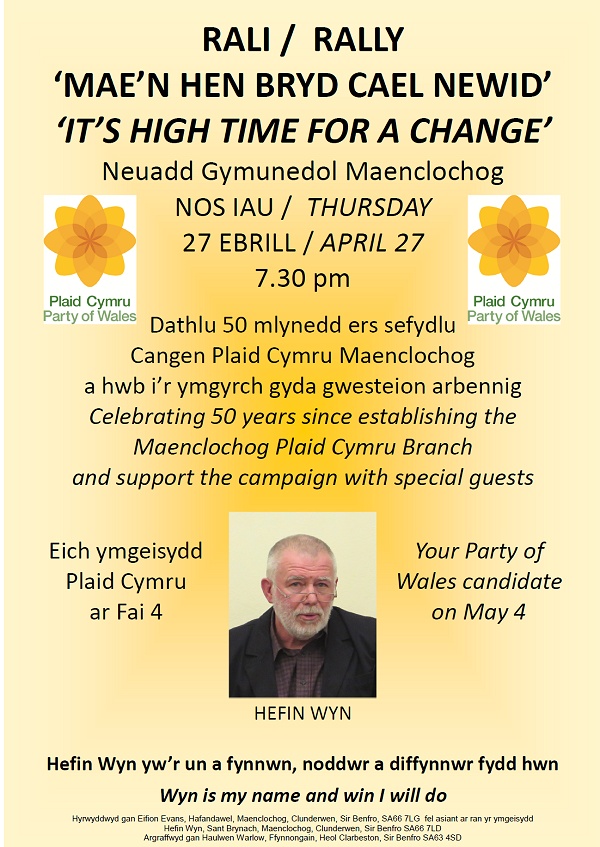 The evening will recall those events, but also look forward to the new challenges facing Pembrokeshire and Wales in the 21st century, said Hefin Wyn, who will be contesting a seat on the county council in the elections on 4 May.

“We need to safeguard what we have in the face of torrid cuts forced on local government”, said Mr Wyn.  “In particular, Plaid councillors will scrutinize the workings of Pembrokeshire County Council – Plaid council members backed every attempt to discipline the former Chief Executive and opposed the payment of £332,000 to ensure his departure.”