Lecture by Prof. Richard Wyn Jones and a buffet to follow to remember the occasion, 90 years ago, of the first meeting of the ’ Welsh Movement’ which led to the foundation of Plaid Cymru. 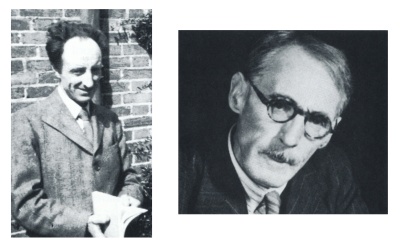 An event to commemorate the 90th anniversary of the first meeting of Y Mudiad Cymreig/The Welsh Movement, which led to the formation of Plaid Cymru the following year, is being held in Penarth in January.

The historic meeting was held at 11, Bedwas   Place in Penarth on the evening of January 7th, 1924, and the commemorative event is being held at the Windsor Arms on Tuesday, January 7 (7.30pm).

It is being organised jointly by the Plaid Cymru History Society and the Penarth Branch of Plaid Cymru.

At the 1924 meeting, a small group of nationalists, led by the lecturer and playwright Saunders Lewis, began drawing up a set of aims and policies intended to rescue Wales from political and cultural oblivion.

As well as Mr Lewis, that first meeting was attended by the historian, Ambrose Bebb, and the owners of the house, the historian and Welsh scholar G. J. Williams and his wife, Elizabeth.

They were joined at a later meeting, on February 5, 1924, by D.J. Williams and Ben Bowen Thomas and at their March meeting by the Treorchy minister, the Rev Ffred Jones, the grandfather of folk singer and former Plaid President Dafydd Iwan and of Assembly Member Alun Ffred Jones, who will be chairing the anniversary meeting.

The group met in secret throughout 1924 and, at about the same time, another group of nationalists were meeting in Gwynedd.

Early in 1925, the leader of the northern group, H.R.Jones, contacted Saunders Lewis to invite him to help with the creation of a new political party. The two groups stayed in close contact and, on August 5, 1925, Mr Lewis and the Rev Ffred Jones travelled to Pwllheli to join H.R. Jones and three others – Rev Lewis Valentine, scientist Moses Griffiths and carpenter D.E. Williams – at a meeting which established Plaid Genedlaethol Cymru as the National Party of Wales.

Some of the policies which were forged in Penarth by the Welsh Movement have been long abandoned, but the vision of a party with, in D.J. Williams’ words, “the specific aim of delivering to Wales, in the fullness of time, self-government and its own parliament, along with all the privileges of a free nation” became a reality.

The rebirth of Wales as a self-governing nation can be traced back, in no small part, to those secret discussions at Bedwas Place in 1924.

It is hoped that guests at the commemorative event will include descendants of the Welsh Movement’s principal members and representatives from the Pwllheli branch of Plaid Cymru.