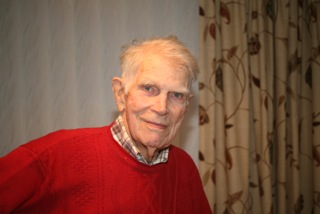 William Aneurin Richards was Aneurin to everyone except his wife Hilda, who called him Bill. He was a Senior N.C.B. Mining Engineer from Capel Hendre but lived the majority of his life in Gwent. He was an Islwyn Borough councillor from 1973-1996 and a Gwent County councillor from 1977-1981. He was Plaid Cymru’s Westminster candidate for Abertillery in both the 1974 Westminster elections and for Islwyn in 1983 and 1987. The simple facts cannot of course give any real picture of the man he was. He was the man who brought Helen Mary Jones and Jocelyn Davies into the Party and ‘persuaded’ Allan Pritchard to stand for election. He was a man of principle, of high ability, of integrity and dignity. He was greatly respected by officers and members on both councils where he served.

He oversaw the establishment of the new Islwyn Constituency of Plaid Cymru when the Abercarn UDC wards from Abertillery joined the Bedwellty wards and ensured that the financial base of the constituency would be a sound one through his work as Treasurer. He was the Group Leader for the whole of his 20 year career in local government, and his firm example and strong principles were always appreciated by the other members. We all thought of ourselves as ‘Dad’s children’ – Dad was what we called him, and we admired his intellectual ability and in particular his expertise in housing policy, a subject where he became Party Spokesperson. We always said that his motto was ‘feel free to agree with me’ but he was in no sense a dictator, and he argued his point logically but fairly. He was generous to the Party and sustained his interest to the end. His legacy is a solvent and active constituency and the memory and respect of those who remain.