This year’s successful Plaid Cymru Summer School at Glanllyn near Bala, Meirionnydd in July 2011 marked two significant events in the history of both Wales and Ireland. 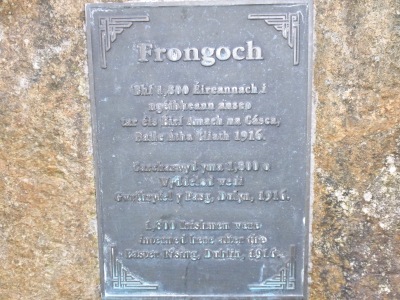 A visit led by local Gwynedd County Councillor Elwyn Edwards viewed the Tryweryn Valley reservoir and the village of Fron-goch – the site of a camp built to house 1,800 Irish internees following the 1916 Easter Rising.

The Irish prisoners, including Republican leaders Michael Collins and Arthur Griffith, were held at Fron-goch for six months during which the camp gained the title of the University of Revolution, with prisoners taking part in clandestine instruction in guerrilla tactics as well as classes in both the Irish and Welsh languages.  The scene is commemorated by a roadside plaque in Irish, Welsh and English unveiled in 2002.

Summer School students also visited the dam and memorial chapel of the nearby Tryweryn reservoir whose construction destroyed the Welsh-speaking community of Capel Celyn despite strenuous opposition in Wales.  Councillor Edwards, who was brought up in the area, recalled how local people had fought the drowning, for which the City of Liverpool made a half-hearted apology in recent years.

The visit by coach was assisted by the Plaid Cymru History Society.  In a vote of thanks to Councillor Edwards, former Plaid MP Adam Price said that a clear grasp of the past is empowering a new generation to ensure a better future for Wales. 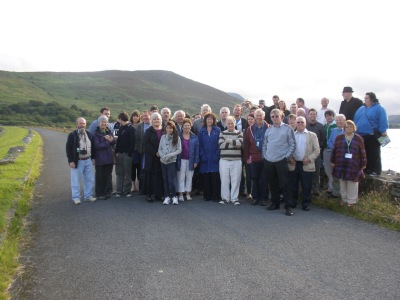