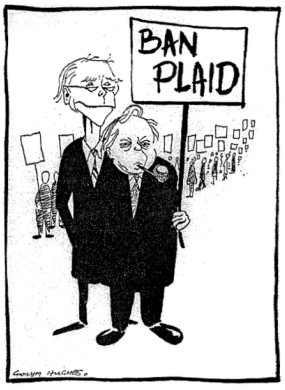 Gwilym Hughes was an art teacher at Ysgol Glan Clwyd, Rhyl.  He was an excellent cartoonist who subtly made his point. Here are two cartoons which appeared in the Welsh Nation portraying Alec Douglas Home and Harold Wilson perfectly.
Gwilym Hughes won an election to Rhyl Civic Council. 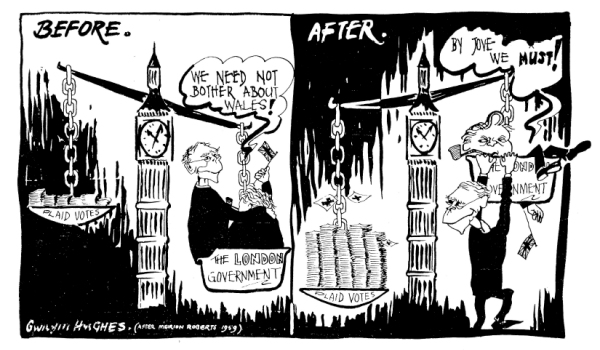 Berian Williams, Hirwaun, was a keen follower of the Eisteddfod and brought his cine camera to the event on numerous occasions.

It’s obvious form looking at the film that many people knew Berian and were willing to smile to the camera. How many famous people can you spot?

Berian was a Botany and Science teacher at Liverpool, Chester and Narberth.  He then became a lecturer at Aberystwyth University. He translated many books from English to  Welsh. He died in 2015. 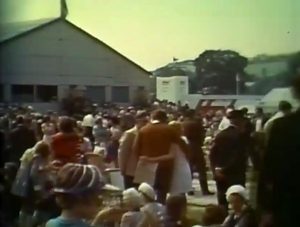 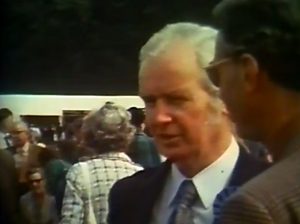 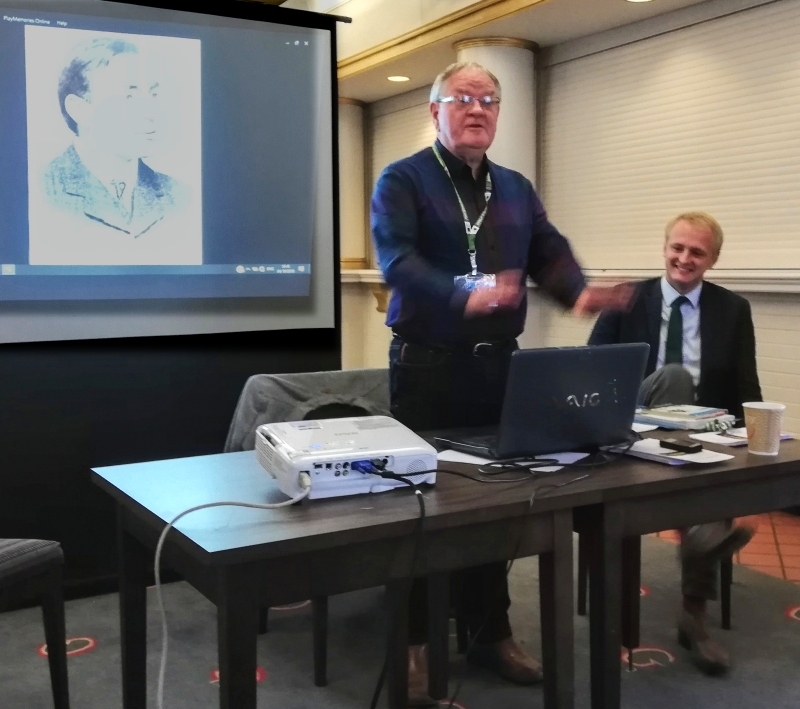 Dafydd Iwan delivering a lecture on the career of his grandfather, Fred Jones, one of the founding members of Plaid Cymru.  Also in the picture is Ben Lake MP, who took the chair at the Plaid History session on 4 October during the party’s 2019 annual conference in Swansea. 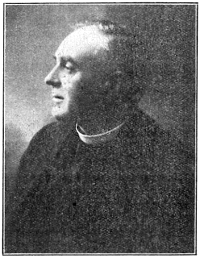 Dafydd Iwan has agreed to speak about his grandfather’s history in a special meeting of the Plaid Cymru History Society in the Annual Conference in Swansea at 4.40pm in the Grand Circle Bar on Friday 4 October 2019.

He will speak in Welsh with simultaneous translation into English.

How Plaid Cymru Was Founded – Tracing The Background

This year’s National Eisteddfod in Llanrwst will include a session focussing on the turbulent period that led up to the foundation of Plaid Cymru in 1925.

The celebrated author T Robin Chapman will trace the history of the events preceding the launch of the party in a lecture promoted by the Plaid Cymru History Society.

The Society’s chairman Dr Dafydd Williams says that the events of the early 1920s are highly relevant for contemporary Wales.

Robin Chapman is a noted author and historian, whose work includes biographies of both Islwyn Ffowc Elis, published in 2005 and Saunders Lewis (2007).

The lecture will be delivered in Welsh in Pabell y Cymdeithasau 2, on Thursday 8 August at 12:30pm. 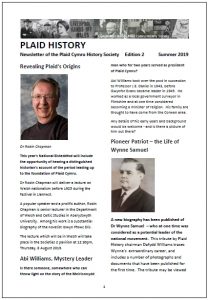 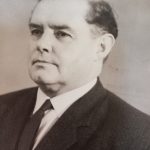 ‘A man of immense talent who worked heart and soul for Wales’ – that is the thumbnail sketch of Wynne Samuel, one of Plaid’s early champions.  It comes from the opening lines of this portrait of a pioneer nationalist – at one time considered a potential leader of Wales’ national movement.

This tribute by Plaid History chairman Dafydd Williams traces the course of Wynne’s extraordinary career, and for the first time publishes a number of new photographs and documents.  It is based on an illustrated lecture delivered at Plaid Cymru’s conference in Cardigan on Friday 5 October 2018, but has been substantially amended and expanded.  You can read it here.

Many thanks to the family of the late Vic Davies, Rhondda, for donating to Plaid History a truly inspirational collection of material concerning the Rhondda West by-election that took place over half a century ago.

The collection includes a scrapbook of press cuttings that recall the dramatic contest in 1967 when Vic Davies succeeded in slashing Labour’s towering majority from seventeen thousand to just 2,306 votes, a swing of 29 per cent to Plaid Cymru.

There are a number of valuable telegrams and letters, including congratulations from Plaid Cymru president Gwynfor Evans, who had been returned as MP for Carmarthen the previous year.

The collection also includes a letter from the SNP’s Dr Andrew Lees of Bearsden near Glasgow inviting Vic Davies to travel to Scotland to support Winifred Ewing’s campaign in the Hamilton by-election – in particular by accompanying her down a local coal mine.  Winnie Ewing had met Vic a few weeks previously in the Plaid Conference in Dolgellau.

It is clear from the contents of the collection that Vic accepted the invitation, went down the coal mine and also addressed a by-election rally.  A handwritten letter from Winnie Ewing dated 2 October 1967 expresses her gratitude for his support and for helping make the events successful.  Four weeks later, Winnie Ewing went on to win Hamilton and join Gwynfor in Westminster.

After copying items for Plaid History purposes, the collection will be sent to the National Library in Aberystwyth to form an important part of the Plaid Cymru archive.

Syd Morgan has been closely involved in Plaid Cymru’s struggle for five decades – since the days he ran a nationalist magazine in Swansea University in the 1960s.  He gave up a post in university administration to become a full-time organiser for the party in the Rhymney Valley – and one of the councillors who formed one of the first Plaid administrations in the South Wales valleys.  You can hear more about his work for the national movement in this interview with Plaid History chairman Dafydd Williams here. 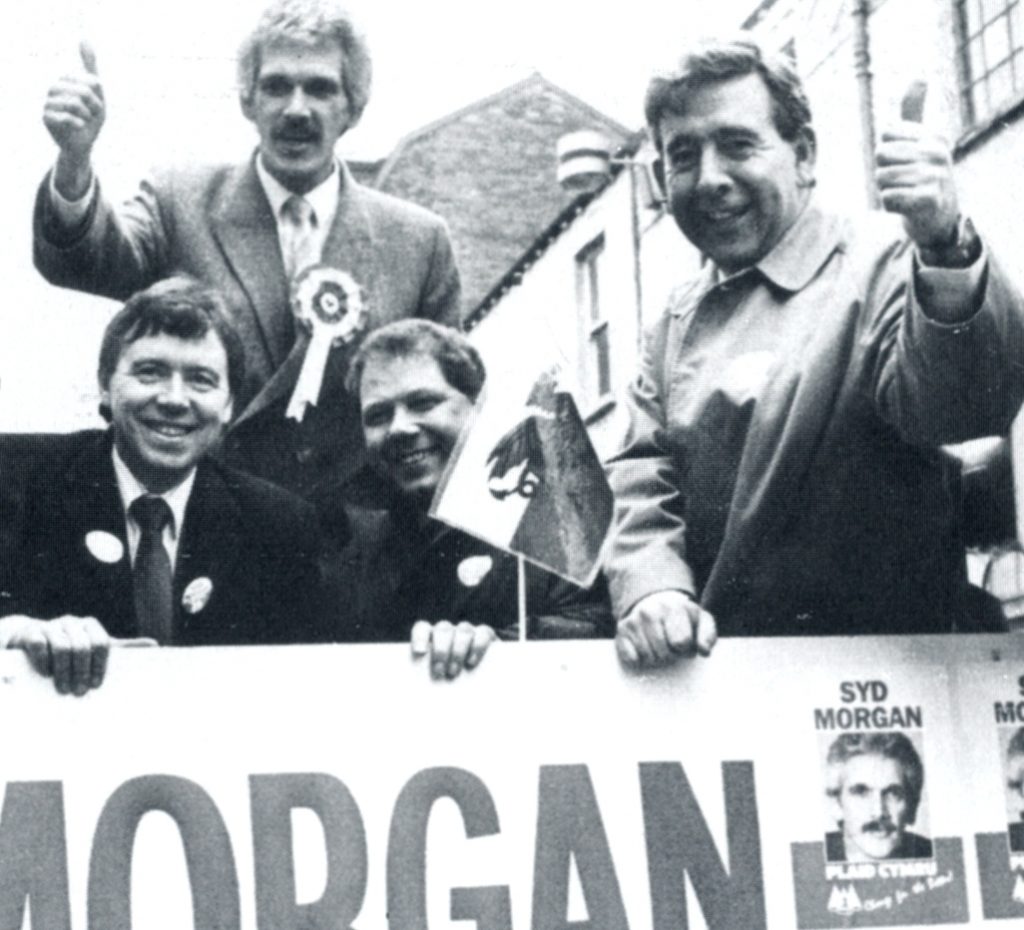 Syd Morgan (on the left, above), Plaid candidate in the Pontypridd by-election, February, 1989

If you want to know about the crucial decades leading up to the successful 1997 devolution referendum, this is the book for you.  ‘Ten Million Stars Are Burning’ is the enigmatic title of the newly published novel by the well known writer and political commentator John Osmond.

Osmond sets himself an ambitious task – to tell how the people of Wales struggled to come to terms with their identity during the last quarter of the twentieth century; and in particular how the disaster of 1979 turned into the hard-won victory of 1997.

To accomplish this, he uses the vehicle of a documentary novel, with two main fictional characters – along with a host of real-life players, who speak to us from the past in their own words, as recorded in interview and archive material.  This is the first of a trilogy, and covers the period between 1973 and 1979. 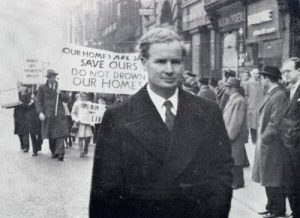 There are heroes and villains galore, over two hundred of them.  On the side of the angels, there is Gwynfor Evans, with his never-failing optimism together with the brilliant though sceptical Phil Williams (sceptical about the good intentions of the Labour Party, that is).

Among the villains there’s a starring role for Leo Abse, whom Osmond came to know well (and a detailed picture of how Abse’s firm of solicitors profited from the leasehold system in the valleys while the chief partner inveighed against its iniquity).  Sometimes I still have to pinch myself to believe that ultimately the visionary Gwynfor’s team prevailed against the cunning Abse. 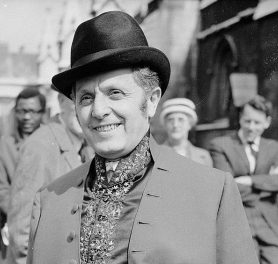 I personally knew quite a few of the actors in this tangled drama, and can testify to the historical accuracy of a number of events I witnessed.

The result is a fascinating blow-by-blow account of the struggle for self-government; and since John Osmond himself played a central role in those events, we are entitled to conclude a considerable element of autobiography in the character of the main fictional character, Western Mail journalist Owen James.  In fact I have a funny feeling someone using that soubriquet used to contribute to the Welsh Nation!

One thing is certain – this novel is required reading for everyone interested in the background of Plaid Cymru’s campaign for a free Wales.  I can’t wait for the next two.

‘Ten Million Stars Are Burning’ by John Osmond is published by Gomer, price £11.99.