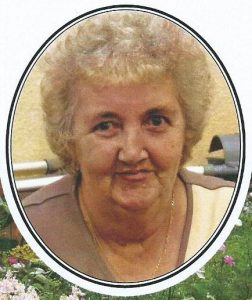 A cornerstone of old Cwmaman, near Aberdare, fell from its place in the wall of Time when we heard in late July about the death of Gwyneth Mai Williams, Dan-y-rhiw, a short while before her 78th birthday.

She was someone who committed to her community and politics, standing in Plaid Cymru’s name in the 1970s and 1980s on numerous occasions. The party at that time used to put forward strong teams of candidates and organised energetically in the wards of Aberaman and South Ameraman and, Gwyneth, more often than not, was the main candidate, with her well-known public face. So much so that she came to be known by many until the end as ‘Gwyneth Plaid’.

Gwyneth fought tirelessly against the Labour Party’s dominance. They had won everything in the ward since the 1920s. After she had stood many times over two decades, in 1987 she nearly succeeded in beating a Labour Councillor in South Aberaman winning 742 votes against her opponent’s 766.

In 1991 after Gwyneth and other had laid the groundwork, the Labour Party’s floodgates opened and Plaid Cymru won three seats in South Aberaman for the district council in one fell swoop, with good majorities.

Gwyneth was overjoyed and also slightly envious that it was to others rather than herself that “Jericho fell” (a completely understandable reaction of course). She continued to be active even though she didn’t stand again. She would always be present outside the polling station in Cwmaman in an election, as well as in the Count, and she only stopped as she lost her mobility as she grew older.

We celebrate her name; her cheerful character; her sense of homour and her willingness to contribute towards her community and help everyone around her.

It’s true to say that she is remembered well around these parts.