With sadness we heard of the death of R. Keith Davies, Tonteg, at the end of February 2021 after a short illness. Originally from Solfach and Fishguard, he was a teacher at Ysgol Bryncelynnog and very active in the local community. 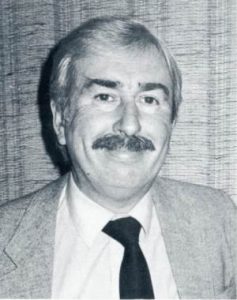 He was a Plaid Cymru Councillor on Taff Ely Borough Council and on Llanilltud Faerdref Community Council. He was one of the founders of Clwb y Bont and a keen member of its cricket team and he taught Welsh to adult learners.

He was lead singer of the group Y Traddodiad and a soloist on Côr Godre’r Garth’s first record.

After the loss of his wife, Margaret, he was fortunate of the care and support of his partner, Sandra, and he moved to Cardiff in 2008. We extend our sympathies to Sandra and his children Elin, Rhys ac Owain, and grandchildren Harri, Marged, Taliesin and Gwenllian and their families in their loss.