In Memory of Maldwyn Lewis 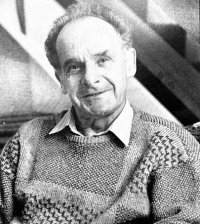 It is with great sadness that we heard of the death of Maldwyn at the age of 93 on April 9 2021 following a short illness.

Maldwyn was a member of Plaid Cymru since his youth in Blaenau Ffestiniog, and he acted conscientiously and tirelessly for the party throughout his life.

He came to prominence in the seventies as a Porthmadog Town Councillor and Gwynedd Councillor for Plaid Cymru. This is the period when membership of the Bro Madog Branch led  by Maldwyn was over 300.

As Chair of the Education Committee he was one of the founders of Cyngor Gwynedd’s Welsh Education policy, and solid foundations were laid. He also contributed to the Welsh language being at the forefront of Council services.

He was Dafydd Wigley’s agent in the 1979 and 1983 elections, and organised colourful campaigns when “Herald Ni” was being distributed to every house in the old Arfon Constituency.

His biggest contribution to the Porthmadog area was – along with Bryan Rees Jones – setting up Elusen Rebecca (charity) and buying the Cob. The charity continues to distribute the interest raised by the tolls to societies and organisations on an annual basis.

He was also active in Yr Wylan, the local community newspaper. He was Chairman of the management committee and a member of the Editorial panel.

During his life Maldwyn’s contribution to his area, Plaid Cymru and Wales was notable. He was an inspiration and a source of gratitude to those of us who are trying to follow his lead.

Our deepest condolences to his sons Dewi and Geraint, his daughter Gwenith and their families in their bereavement.