An Example to All 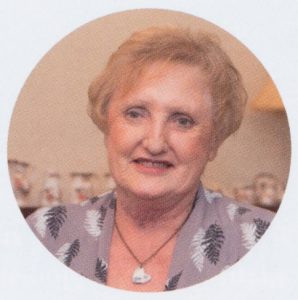 Mary always brought joy into people’s lives. She could also be fierce – especially towards the enemies of Plaid Cymru, a cause  very close to her heart. Mary, however busy she was, always found time to work for Plaid. During her life, Mary was:

Mary always gave her best. She was a committed follower of Manchester United Football Club and as a token of respect, a letter arrived a few days after she passed away. Here is an extract from that letter,

“I just want to write to you to thank you for your loyal support and devotion to the club. I understand that you are having a difficult time but hope that it helps to know that myself, the players and staff are all thinking of you. Jose Mourinho.”

As someone who lives in Dyffryn Conwy I was aware of Mary’s hard work over the years but after I was nominated to stand for the 1992 election I worked closely with her and was the recipient of many a wise word. She would phone me to say that there was an important Market in Llanrwst so that I could meet as many of the local farmers as possible. At other times she would tell me not to bother talking to one or two, “Bloody Tory – a waste of time!”

She was always the first out with leaflets and canvassing. Politicians talk of those who walk the extra mile – she was the best example I know of, and if she undertook any task – we knew it would be done.

I remember on one or two occasions, being exhausted after a hard day of canvassing, and ready to give up for the day, Mary saying, “only two other estates – come with me”. Who could refuse? Her tireless work was an example to all.

I had a chat with her in August at the Llanrwst Show. Although she was seriously ill she had a ready smile as usual.

I’m pleased to say that Mary did know that she was to be honoured by Plaid during the Conference in Caernarfon. She was thrilled. Plaid has lost a faithful and strong member and everyone who had the privilege of knowing her has lost a very dear friend.