A tribute to Glyn Erasmus by Jim Criddle and his friends in Blackwood. 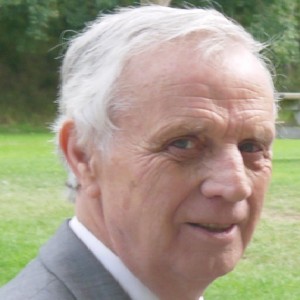 It was with shock and great sadness that Plaid Cymru learnt of the death of Glyn Erasmus. He died suddenly and totally unexpectedly at his home in Blackwood on the evening of Friday, January 15th. Glyn joined the party many years ago when being a member of Plaid Cymru in the valleys was neither fashionable nor a career move. He joined the party because he loved his country and enjoyed this challenge. He was a man who relished challenges. His professional work in engineering required him to travel frequently and often took him abroad which restricted his ability to contribute to Welsh politics, but when he became organiser to the CCBC Councillors’ Group he had the freedom to devote himself full-time to the national cause. Glyn had the gift of a methodical mind and a rigorous approach to everything he undertook. Consequently he expected to see spreadsheets, data, reports and hence planning which was based on factually detailed and correct information. He was someone who was prepared to challenge perceived wisdom and current methods, and so was ready to ruffle the feathers of those who, regardless of their status, he saw as preferring gut feeling over evidence. Glyn relished debate and with his dry wit would always ask ‘why’? Glyn was active at every level of the Party: he stood more than once as a candidate in elections for Islwyn Borough and Caerphilly County Borough Councils; was a Town Councillor for Blackwood, where he was Mayor in 2014-15; Chair of the Sirhowy Branch; Constituency Treasurer; Chair of the Credit Union; Regional Representative for the South-East and of course Party Treasurer (not all of these at once!). He was energetic and gave of his time generously, although he hated wasting any of it. He turned up for everything and was always prepared to take on the kind of tasks that require organisation and precision, as long as the outcome was worthwhile. He was especially good at relating to and supporting the younger Party members, and many of them will have had encouragement and help from him to establish their political careers. Glyn was a committed nationalist without sentimentality who could be quite hard-nosed, but there was another side to him: he was unashamedly besotted by his family who he talked about with the utmost pride, especially his first grandchild Bronnie, and the ‘Lady in Red’ ringtone for his wife Carol said it all.