Not everyone is known by their first name only. Gwynfor, Saunders were among this small group. Berian was in the same company. Berian was enough amongst those who knew him.

Berian Williams, 30 Glan Nant St. Hirwaun died on the 20th August 2015 in Prince Charles Hospital. Berian was born on the 1st December 1928. He was baptised in Ramoth Baptist Church and went to Sheffield University where he graduated in Botany. Berian choose to go to Sheffield because his father had studied in the Miners’ College there and felt blessed by attending  the Welsh Chapel. 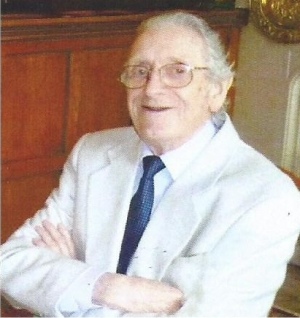 Berian taught at Quarry bank School, Liverpol. In order to encourage youngsters to speak Welsh he established a Welsh speaking  Saturday Group.  John Lennon nearly became a member of this group.      Both were in a photo of pupils and staff of the school.

Later he taught in Chester.  During his period in Arberth he met Waldo, the poet, peace campaigner and nationalist. He drove the hero from one end of Pembrokeshire to the other. He worked as a lecturer in Aberystwyth University where he met many famous Welsh people. He was Vice Warden of Pantycelyn Hall when the historian John Davies  was the Warden. Berian translated many books from English to Welsh including The Book of Animals and The Book of Trees.

A quiet man, Berian enjoyed opera, drama, religion, Yr Eisteddfod Genedlaethol a’r Pethau. He was a Welshman to his core and loved his family passionately.

Berian bought his parent’s house when he returned Hirwaun and became a member of Nebo and  worshiped with  the few faithful in Seion after Nebo closed. If you go to www.hanesplaidcymru.org you will see a number of films made by Berian of Eisteddfodau in the middle of the twentieth century.

He was given a worthy funeral at Ramoth. The tribute was given by his niece Rhian. We sympathise with Eirlys, Eryl, Rhian ac Adrian.