A man like quicksilver would be the best description, someone who served his community at a number of levels for many years.

Hundreds gathered at the funeral in St Michael’s Church, Tongwynlais, on March 20, with dozens listening outside. A mighty oak had fallen – Ifor George Jenkins had died at the age of 90. Tongwynlais Temperance Band performed in the service, the same band he had joined in 1953 when he played the cornet. 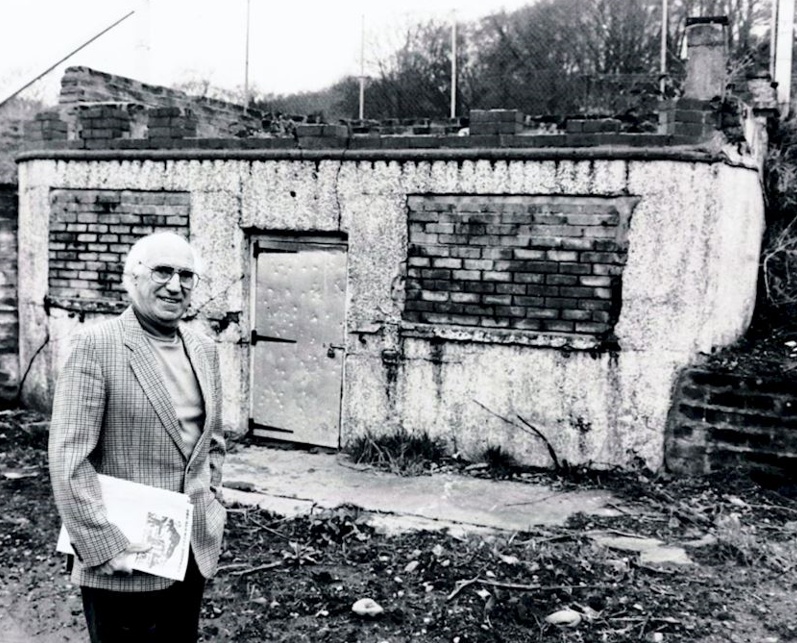 Ifor Jenkins led the campaign to rebuild the old well.

Ifor was born and brought up in Taff’s Well before going to Caerffili Boys’ Grammar School. As a youth he would dash to and fro carrying messages for the local police station, which is set to be rebuilt in the National History Museum at St Fagans.

One day he walked into a recruitment office and decided to join the navy. And if the story is true, instead of being ordered where to go, Ifor negotiated a place in the supplies department. He travelled to Ceylon and at the end of the war was offered the chance to remain in the navy, but returned home because his family was important to him.

After the war, he played as a fleet-footed winger in the local rugby team.

He was a member of Taff Ely council from 1973 to 1991, serving local people along with Gordon Bunn as Plaid Cymru councillors before being joined by Gerald Edwards. Ifor took pride in being Mayor of Taff Ely in 1991-2, the first Plaid member to hold the post.

As a councillor he worked hard to improve housing and secure homes for local people. At that time, councillors wielded greater power than today. In 1993 he became chairman of the Tai Hafod Housing Association and of the Bridgend-based Care and Repair association.

One of his favourite fields of interest was education. He helped to set up the nursery school in Taff’s Well and became a governor of Ffynnon Taf Primary School – he had been a pupil there and knew all about its history.

‘He was Mister Taff’s Well,’ said former Councillor Adrian Hobson, one of his closest friends. ‘He knew everyone, having an impact on people wherever he went.’

Ifor organised floodlights for the football club and safeguarded the Taff’s Well Thermal Spring building. He was a member of the board of trustees of Nantgarw Chinaworks and argued effectively for reopening the works in 1991. He was a member of the rugby club’s sub-committee and played a key role in its relocation process. He staunchly supported the bowling club.

He became manager of the Ladycat print works on Trefforest Industrial Estate and at one stage its sales manager with customers from Exeter to Birmingham and over to West Wales. He was a lecturer in business studies in colleges at Aberdare and Pontypridd.

‘He was full of energy,’ said Adrian. ‘I don’t know where his energy came from. The village will be poorer without him.’

Every party respected him for his enthusiasm, his steadfatness, his warmth and his humour. ‘He was a very open man,’ said Adrian. ‘If he didn’t agree with something, he would say so at once. He was reliable.

‘More than anything, he was a man of honesty and principle. Nothing pompous about him. I’ve never met anyone like Ifor. We won’t see his like again.’

(Our gift, a many-faceted man.
Our pain, without his steel and talent.)

(translated from Welsh by Dafydd Williams)